A new year, and the Sochi 2014 Winter Olympic Games is fast approaching. In fact, UK Sport revealed yesterday a goal of three to seven medals for Britain’s Winter Olympians; equating to a potential new medal record. I’m looking forward to catching some of the action! With this in mind, the hype of the Summer Olympics of London 2012 suddenly seems like a very long time ago. I thought I’d dedicate a blog to stirring up some memories about my experience as a LOCOG team member based at Greenwich Park.

I wasn’t actively job-hunting when I spotted an advert for an Equestrian Group Admin Leader role with LOCOG back in July 2011 (although granted, I certainly wasn’t in love with my office job). My first thought was: ‘What a fantastic opportunity!’, and my second: ‘But there’s only one hour until the application deadline!!!’. Cue a frantic search for my CV and rapid completion of various forms. Nevertheless, my application was in – with minutes to spare – and my fingers and toes were crossed.

Fast forward to April 2012 (‘fast’ being a turn of phrase; those eight months waiting to start actually went by incredibly slowly) and I was undertaking my first day as a LOCOG employee at the Canary Wharf offices. It was here that each and every sport (26 Olympic and 20 Paralympic) planned each and every minute event detail to the nth degree. Within the equestrian corner, our team covered all bases: Sport, logistics, sustainability, veterinary, transport, workforce, officials, spectator experience, and more. My own role was positioned within the equestrian sport competition team and involved leading on all things administrative, from preparing presentations for Chef d’Equipe meetings or ordering fly traps for the horses’ stables, to arranging flights for the equestrian governing body, the ‘Federation Equestre Internationale’. I also led on Games Maker communications, which included rostering an insane number of Games Maker shifts and designing training materials and news bulletins. The latter made me privy to a surprisingly large number of quite useless facts about the equestrian events (although if I ever had to choose a Mastermind topic….). Who knew that over 70,000 carrots were ordered for the Olympic horses, who in turn produced over 200 tonnes of manure?!

As the Games inched closer, the size of our team grew bigger; as did competition for desk space, our wardrobes (filled with London 2012 kit!), the buzz in the office (contagious!), and our enthusiasm to get out onto venue. Finally in July 2012, I set up the admin camp at Greenwich Park, now joined by a team of fantastic admin Games Makers. The park had been transformed beyond belief, and by the time horses and riders began arriving in late July they had access to a 23,000-capacity main arena, six training arenas, a gallop track, a 3.5 mile cross country course, and state of the art stables. 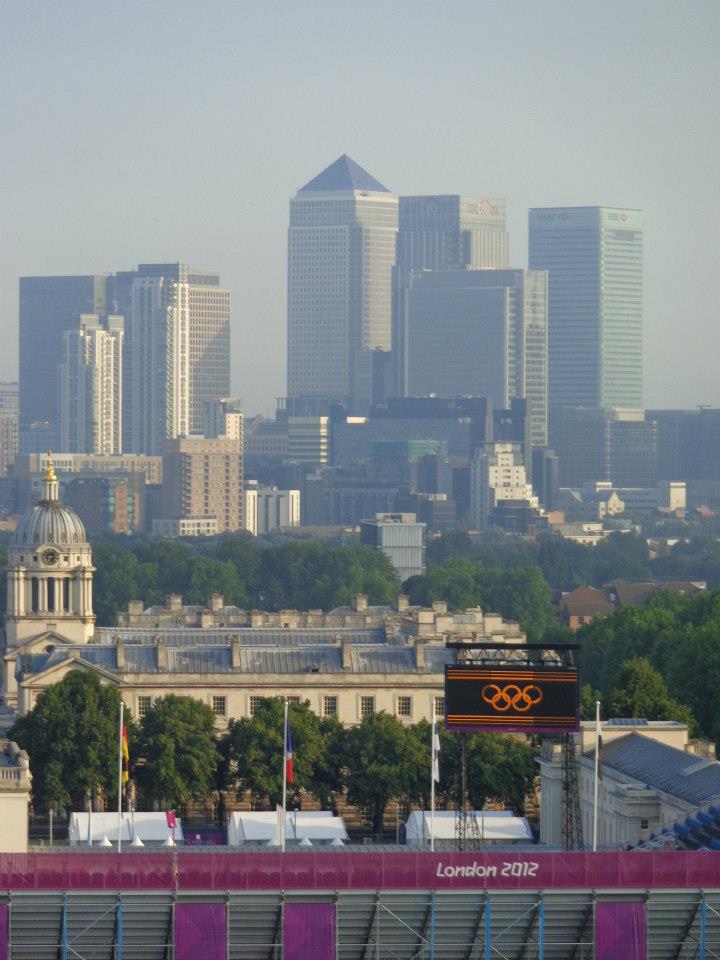 Days on venue could be long and tiring, but never boring! There was always a meeting to attend, a workforce shift to fill, a competition report to write, or an unexpected errand to run (I vividly recall the shock of one service station sales assistant who I asked to help me collect 80 sandwiches, packets of crisps, and bottles of water to feed Games Makers whose lunches had not materialised – I think we left them rather short in supply!). There are so many on-venue stories I could write about, but what really struck me about the Games as a whole was how people were brought together (‘group cohesion’ in psychology talk) by a common goal; be that entertaining the world with the ‘greatest show on earth’ or striving for a podium spot. A few examples include: 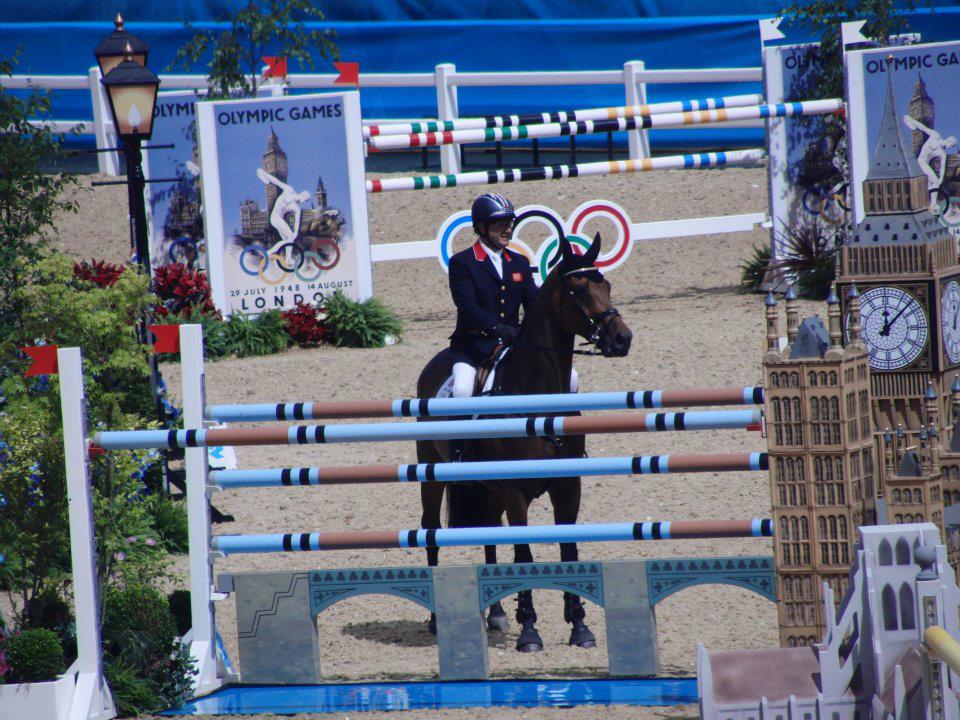 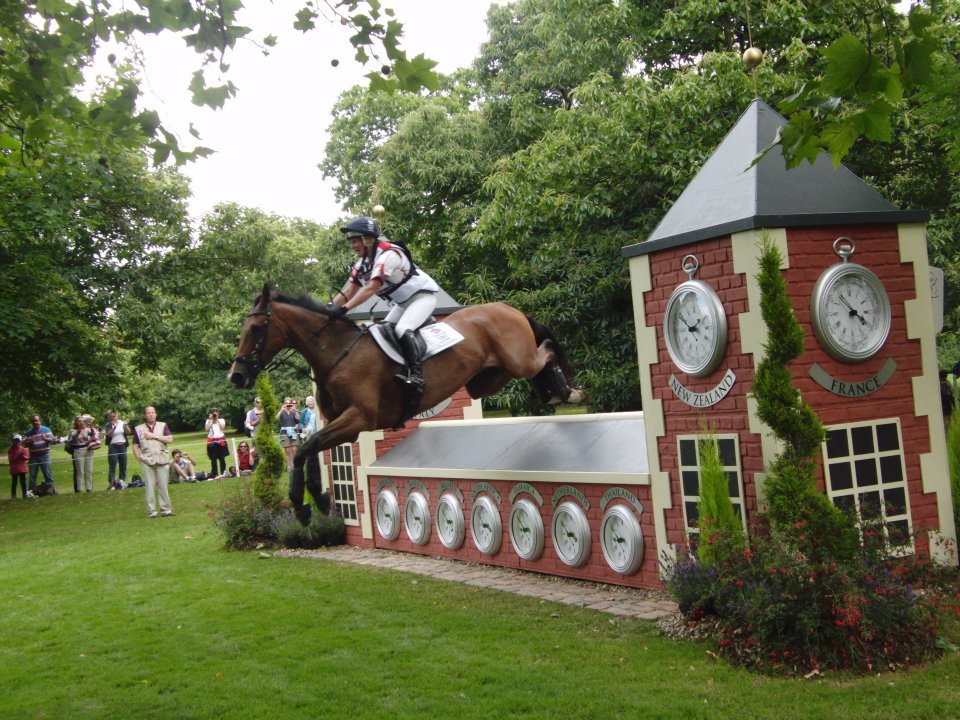 Trusting partnerships. It was impossible not to wonder at the rapport between competitors and their horses. In a high-pressure environment – with crowd sizes far bigger than most horses would have experienced before – these animals had to ignore their natural prey instincts (i.e. to flee!) in the stadium and work in partnership with their rider. The Paralympic riders in particular demonstrated that harmony was not achieved through strength, but via trust. 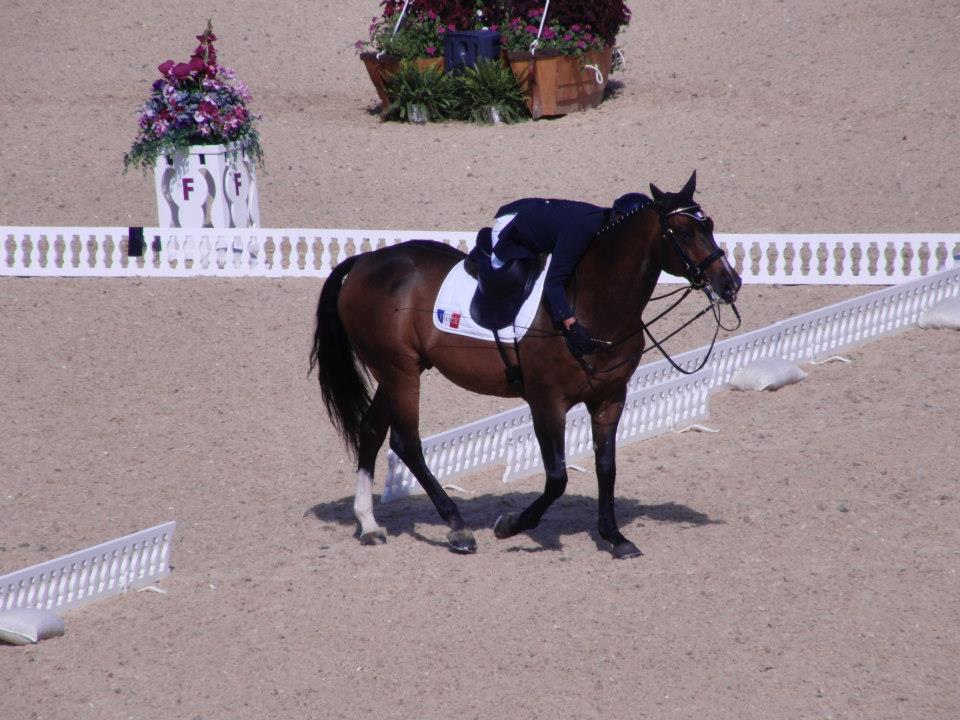 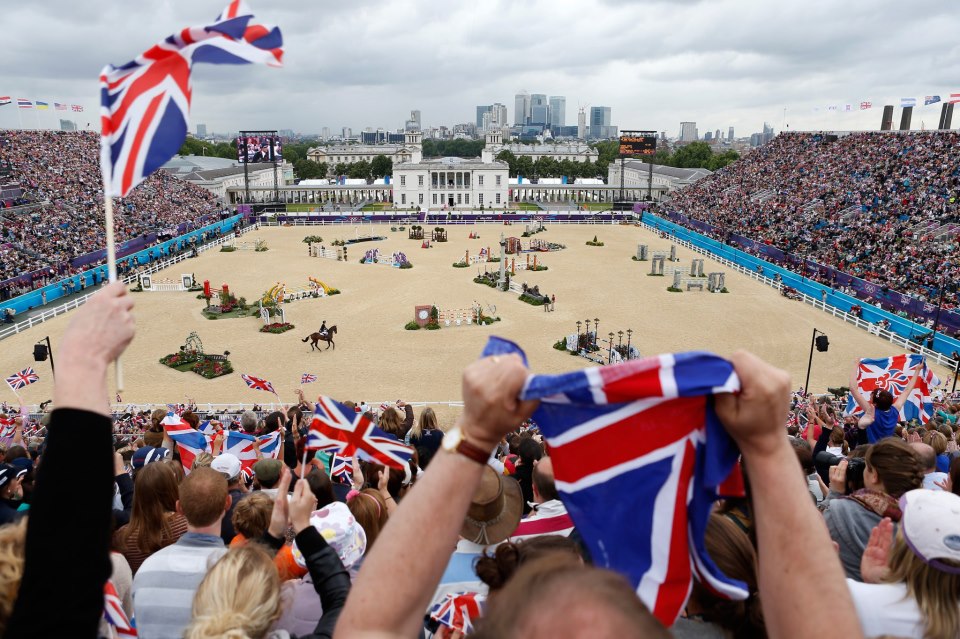 It’s hard to sum it all up really. After hosting 276 horses, spending 45 days on venue, organising 18 days of competition, watching 17 medal ceremonies, and cheering on 8 GB Gold team and individual medallists, it was suddenly all over. What I will say is that it was one of the most challenging but also most rewarding experiences of my life; an absolute privilege to work with an incredible team, and I would do it all again in a second. I might leave more than an hour to sort out my application next time though…

The Winter Olympics 2014 start on 7th February. Best of British luck to all our athletes!