Jo has a vast experience of providing sport psychology consultation to a range of different teams. This often involves working in close liaison with coaches, support teams, captains, and the players themselves. Team services are bespoke to the group’s specific requirements and can include: group workshops and 1:1 sessions with players and staff, as well as integrated training and competition support. Areas where psychology input can add value include:

Workshops are a great way to introduce sport psychology concepts (e.g. confidence, focus, motivation, performing under pressure) to groups at sport clubs, academies, schools, colleges, and universities. Jo’s workshops are designed to be engaging and interactive via discussions and practical tasks. The focus, content, and length of each workshop is tailored to the interests and requirements of the audience, who may comprise of:

What Jo’s clients are saying… 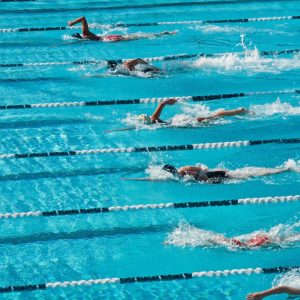 We’ve been working with Jo at Wycombe Swimming for the last 3 months which covered the lead up to the British Championships and more recently, the lead up to the British Summer Championships and European Junior Championships. Jo has spent considerable time to tailor the workshops to the needs of my athletes and their sport of swimming. She has worked on instilling confidence, managing anxiety, focus and routines at competitions…. My athletes have really benefited from this area of “training” and I’m starting to see positive benefits at their target competitions and during training itself. Jo is a professional, with an engaging and enthusiastic manor. I highly recommend her for you, your club and your athletes – regardless of level they compete at. 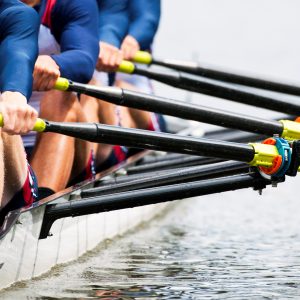 Jo has been delivering high-quality ongoing sport psychology workshops for the King’s Elite Sport Scholars and Focus Sport teams. These have been exceptionally positively received by the students, aiding their confidence, focus, and performance.

I worked with Jo on the FA Regional Talent Centre for partially sighted or deaf futsal players. Jo’s input was invaluable, for both the players and the coaches; through integration into player sessions and both coach and parent workshops. Using the 5Cs (Confidence, Communication, Concentration, Control, and Commitment) has now become a mainstay of all of my sessions. I would fully recommend Jo as a very knowledgeable and personable sports psychologist 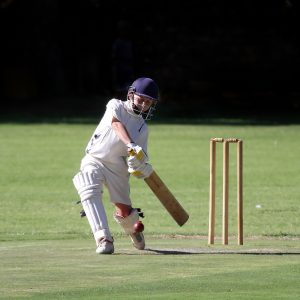 Over the winter months of 2014 and 2015, Jo delivered a structured sport psychology programme to the Surrey CCC U-14 County Age Group winter training squad. The sessions touched on areas that were of importance to the players themselves and were extremely well received. Jo took the time to establish the key areas of sport psychology that the players were interested in and felt would be beneficial to them – something that isn’t always done. Her sessions were well planned, made use of varying methods of delivery and engaged each of the players throughout. Thanks Jo! 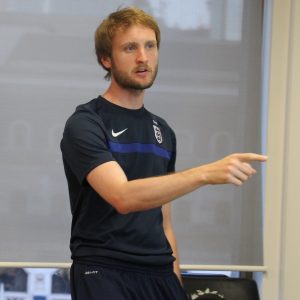 I have been involved within the football disability talent pathway extensively over the previous 10 years and Jo is the first sport psychologist that I have worked with on the FA regional cerebral palsy programme based in Surrey. I have an interest in psychology and its associated practices myself as, working within disability sport, I often find that players, their parents and the coaches I work with can lack confidence and understanding to give the players the support they may require to aid their development. As a coach and programme lead, I was curious to see how we could integrate an enhanced level of support to the players aside from the usual technical and physical focuses traditionally concentrated upon within football.

From that first meeting, Jo worked with myself to identify an appropriate approach for integrating the support and expertise she undoubtedly offers. We agreed during the first season to primarily focus our attention on supporting the coaches and support staff to initiate a cultural shift in how we approached our work, drawing upon examples Jo had uncovered from her previous work. The upturn in the coach and staff delivery and confidence was stark; a combination of seminars, and directed observation and feedback from Jo provided the ideal blend for supporting our collective work to support the players and parents under our care. Jo unquestionably has a real empathy for working and relating to people, something that came to the fore in the introductory player and parent workshops she developed and led on throughout the season to introduce some key aspects on psychological principles. For a group of people who had never been introduced to these principles before, Jo was able to present the information in such a way that requests were frequently made for more sessions to be conducted. Covering areas such as growth and fixed mindsets, as well as strategies to develop enhanced self-awareness and confidence, Jo quickly became an integral member of the staff team.

Building on her initial observations and work, Jo significantly enhanced the support she was able to offer during her second season within the disability talent programme. A natural consequence of the talent system is that there is a turnover in regards players invited to the programme. However, Jo’s reputation with those from the previous season provided a ringing endorsement to the new players, who quickly embraced her seminars and on field support. Jo’s work was not only seen within the transference from the classroom to the pitch, but also in the player’s wider activities. For instance, within the space of 18 months from Jo’s initial involvement, one player who had both cerebral palsy and autistic traits, transformed from being a relatively reclusive young boy, unable to socially interact with fellow teammates and staff and academically underachieving at school, to one who developed such self-confidence that he took it upon himself to mentor new players joining the programme, and achieved significantly enhanced school grades and commendations.

The expertise that Jo brings, and her empathic approach, has allowed her to connect effortlessly with everyone within the programme. Her influence is unquestionable and the success that we have experienced, in developing good people and good players, can be directly linked to the work Jo has undertaken. I look forward to continuing to work alongside Jo for many years to come, and being able to draw on her infectious enthusiasm and ability to challenge me in becoming a better person and coach.